We have spent the last two days packing as much as humanly possible into our time. With blazing sunshine, high temperatures, and humidity to spare. BUT. Even with all of that, The Who has been a champion among boys, melting down only when he was hungry or tired, which to my credit, I managed to let happen very infrequently. I tried to get us home each night before we both turned into pumpkins and I carried water, candy, snacks, and crayons to get us through any rough patches. Kudos to us both, for reals.

Yesterday was the city bus tour, which I will post about tomorrow, but today, we spent the day at the Aquarium and on a 4-hour whale watch (my first ever.) 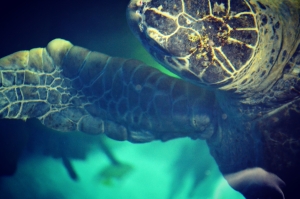 Myrtle. She’s, like, a hundred. And all she had for lunch was a head of cabbage, one leaf at a time. 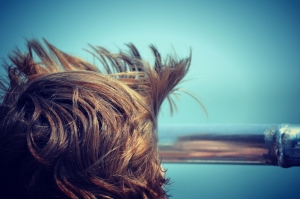 Fortunately, you don’t feel the heat when the wind is blowing like this.

Boston Light. Even though I don’t give any shits about lighthouses in general, this one is the prettiest I’ve seen. Classic New England.

While waiting for the whales to reveal themselves, The Who caught sight of this moon jelly alongside the boat, long before the tour guide mentioned it. Keen eye.

And then we saw this spray of water come up with many more to follow. We were lucky to see a group of four humpback who kept popping up and diving down right next to us. 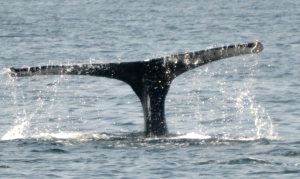